According to the notification issued by the Kendriya Vidyalaya Sangathan on 19.10.2020, the 1243rd KV school is now established in Shivgangai Tamil Nadu. 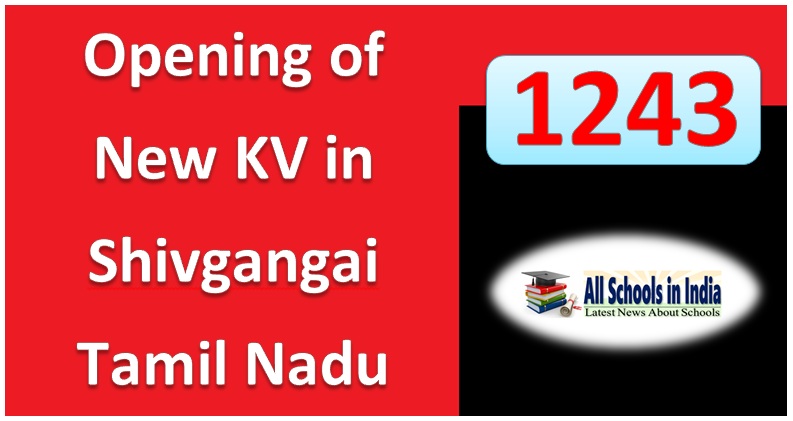 The above Vidyalaya will start functioning from class I to V (single section in each class) during the academic year 2020-21 and thereafter will grow consequently based on feasibility.