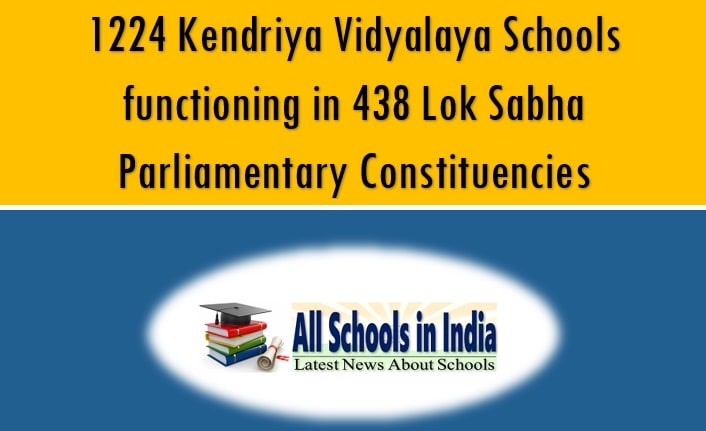 Kendriya Vidyalayas (KVs) are opened primarily to cater to the educational needs of the wards of transferable Central Government Employees including Defence personnel by providing a common programme of education. Proposals for opening of new KVs are considered only if sponsored by Ministries or Departments of the Government of India/State Governments / Union Territories Administrations thereby committing resources for setting up a new KV as well as the availability of necessary sanction of the Government. The proposals received from various sponsoring authorities for opening of new KVs also have to compete among other proposals under the “Challenge Method”.

The above information was given by the Minister of Shri Ramesh Pokhriyal in the Lok Sabha on 2nd March 2020.